I was sitting in my chair in front of the TV wondering when Matt and Ashley would arrive. They were coming down from Kansas City to pick up Jan’s car. With two excited dogs, here they are. Being city dogs they like our place a lot. A couple of quick jumps and licks and off they went, like bullets up a path and into the woods. Bogart is the long lanky one, and Cookie looks a lot like a bowling ball with legs. Early on, Bogart had seen a deer in the yard and chased it for so long that we started to get worried. City dogs in the woods, a dream come true if you are a city dog.

The family only gets to come together a few times each year so this unexpected visit was special. Usually, it is cold or raining when they arrive, but this week was perfect. The heat had subsided, there was a gentle breeze, and the soft light filtering through the clouds cast a spell of serenity on our woods. A perfect setting for catching up around a beer while listening to the owls warn us that evening was coming.

The last few days I had been checking the moss-covered paths that emanate from the house looking for chanterelle mushrooms. The summer had been too hot and dry to be a good mushroom year but, after a brief rain, I had found a few little ones starting to pop up. Good fortune arrived with the kids and some of the chanterelles became big enough to harvest. This was a special bonus because my daughter-in-law Ashly loves moss and mushrooms and all the other things that sprout in our woods and along the paths. So there were enough chanterelles to make a meal and Ashley went about collecting all she could.

Matt and Ashley were married in our woods a couple of springs ago, and shortly after they arrived, they headed to the spot where they had tied the knot.   As I watched the family wander around the property I was struck by the fact that a dream had come true. In the nearly 40 years since we built the house and landscaped the yard, many hopes and dreams had come to mind as we labored to make this place home. And now here it is. Just like we had hoped.

The brief visit with the kids was special. Rolla to Kansas City can be a grueling drive, and we weren’t completely at ease until we got the telephone call telling us they had made it home safely. And Jan and I talked about the trip to Kansas to see Ashley’s show at the gallery in Leavenworth.  You can be sure I will be there with my camera and a future article about the show will appear on One Toke Tom in a few weeks.

So with the summer winding down, a family gathering is all a fellow can reasonably ask for. And I’m reminded of a song I wrote years ago. “Don’t It Feel Like Heaven.” 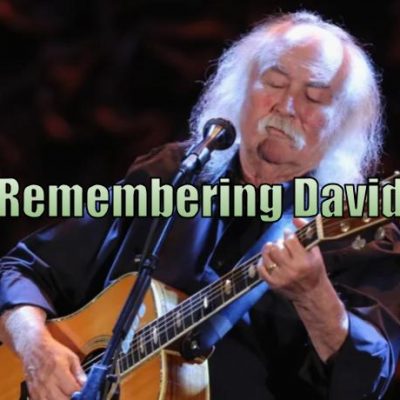